Making dreadlocks since 1998 to the day

This is how it all began back in 1998. How I made my first and my second dreadlock as well as how I began to make dreads for others.

I've always wanted to have dreadlocks and I tried to make them by my self, but without success. And I tried everything I could come up with, heating, lard, honey, bees wax eggs, you name it. None of it worked for my hair. 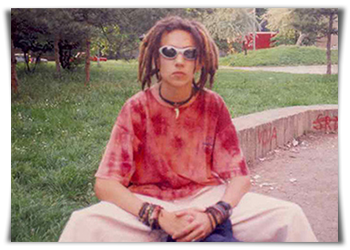 After thousand attempts, by teasing hair I managed produce one single dreadlock form. That for me was a great success! Strain by strain, I did the rest of my hair. It took couple of days but the important thing is that " I " did it.
I was happiest man in the world!

I managed to make my own dreadlocks.!

After short time it all started to fall apart. Short hairs started to poke from all sides and then the whole noodles are pushing out of 'dreads'. Panic seized me. How to save them?

It all started to happen very quickly, within three weeks. These hair strand who appeared alone I manage to tease again, but it was not helping with dreadlocks. I decided to help them by sewing them, to squeeze them a little bit and not let the hair go where it wants. I was hoping they will turn out in good dreads.

I really like how this solve everything. I loved my new dreadlocks, everything is great. Then again, during third month, everything came back. Determined to do whatever it takes to take care of them, I grabbed the scissors and trimmed all the hairs that are not in dreadlocks and poking out.
Result = perfect!

However, after first hair wash the short hair ends showed even more. I worked my butt off in this period with them. I groomed them for six months after which I decided to cut them off. I immediately regret that. 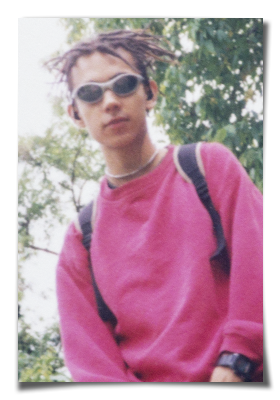 This time, most of my hair was cut much shorter. I teased my short hair in to dreadlocks, and cut everything else that could not be turned in to dreadlock.
At this time I had no idea for how long I would have dreadlocks, I only knew that I had to have them now. I had even more loose hair coming out of my dreads. However, I decided not to cut the loose hairs this time and did not use any needle and thread. When my hair started to grow and there's enough loose hair in the root, I would get a comb, stick it in the dread and tease all dread again, all the way to the root. Dreadlocks were open at the end at the time, so this option was doable. 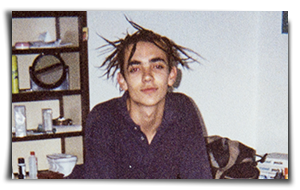 Although teasing hurt so much I had to do it every month. But it worked. After more than a year, I figured out how to properly use the needle hook. I could fix it all! Although when my hair grew again, I did not know how else to fix root of dread, other than to tease it AGAIN. I became increasingly skilled with needle hook and finally dare to do the ends. I managed to close the locks from the bottom.
They are no longer spiked, they are flat at the end, but not cut off. I know that I will be in trouble in three months when I get enough hair at the root, and I can not tease it anymore to fix the root because my ends are fully closed. And it does not matter, I'll do it all, so I'll probably think of something along the way or I'll get a haircut if there is no other solution. And everything will be ok when you want it to be okay.

Time passed, my hair grows, and I have no idea what I'm going to do with hair roots. I wanted some kind of solution. I’we asked many peoples with dreadlocks on how to repair the roots of dreadlocks, but all I got was some silly answers. I've already given up on the idea of asking people for info.
However, one day I was introduced to a guy with great dreads. I decided not to ask for advice because I know that I will get a banana answer again. But then, I think to myself, since I'm standing here, it does not cost me anything to ask him.

"Mate, how do you maintenance dreadlock at the root, since I see that they are tight?"
The guy says: "Nothing special, is easy", and in 15 seconds he show me how to do it. 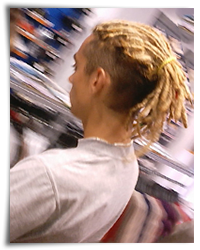 I could not believe how simple it is. But when you do not know something, it can not just come up to your mind. I wanted to return him the favor. He asked me how I did the ends and I showed him the same thing in 15 seconds and everything was great! I met him after a couple of weeks. His locks are beautiful, with closed ends, and mine are well rooted.

During this time, I've made dreadlocks to a lot of folks but since I made them all in same way I did it for my self we were all having troubles with roots of dreads. With this knowledge I was completed and finally able to finalize hairs of all other people I dreadlocked so far. There were friends from all over who wanted me to make dreadlocks for them and there was a lot of work to do. Every time work lasted for days. I visit them, they came to me and it was all great fun.

I wouldn’t trade those times for anything in the world! 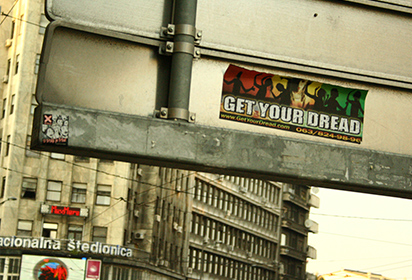 I sat down for at least 3-4 days with one job, and then another one, and I didn't even notice how fast the time goes in company of good, fun folks. Gradually, a friend told his friend, and his sister told her neighbour and so on. At that point I decided to do it for money and see how it goes. I’ve made some designs and started advertising my work. Soon enough, the phone started ringing. That's how Get Your Dread story started.
Creation of dreads has always been my favorite thing to do and I enjoy it the most. I remember how much I wanted them and all the trouble I went through to have them, and now, I want to help anyone who wish to have perfect dreadlocks first time and save them all troubles I went through.

Some conclusion would be:

I love dreadlocks and I enjoy making them. When I see a person in doubt, weather to go with dreadlock style or drop it, will it look good on me, what if I'm making a mistake. . .
I say go for it and then I enjoy happy faces saying "This was the best decision!".
That is when I am most proud at my self!

Dreadlocks are a hairstyle like no other. It's constantly changing, growing in length, shape, color etc. As the old hairs are constantly falling off and new ones are also growing, it is usual for some locks to become a bit thicker, others a little thinner and thus constantly changing. They grow with you and they always get better.

Dreadlocks are the best hairstyle !!!

And much more then hairstyle !!!

(this sounds like a phrase, but it's really a lifestyle)

1What is the shortest hair length for dreadlocks?
The shortest length of hair needed for dreadlocking is 3cm. It is extremely short length and the ends will need to stay open in that case. 5cm is the optimal length of the hair to create short dreadlocks.


2How often do you wash dreadlocks?
Dreadlocks are washed regularly, same as natural hair. It is essential that dreadlocks are clean and this is very important.


3Can I dip in the swimming pool with fresh dreadlocks?
If dreadlocks are made properly, chlorinated pool water does not have any unwanted effects on dreadlocks.